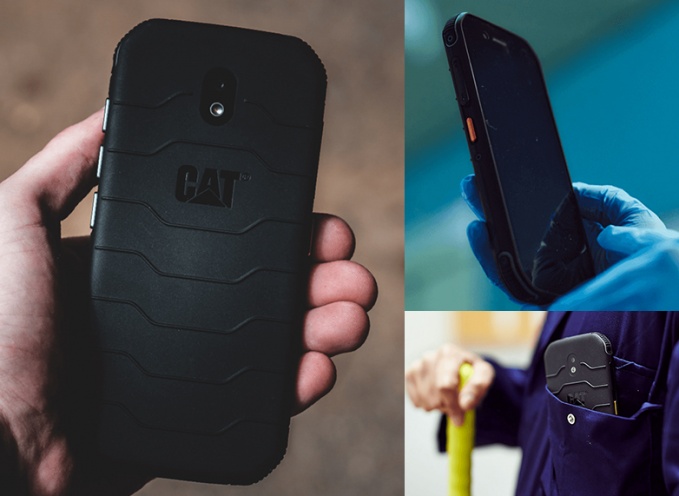 The latest Cat mobile phone, treated with Polygiene Biomaster, has been shortlisted for the 2022 Mobile Industry Awards in the Innovation of the Year category.

The Cat S42 H+ is being recognised as it has responded to the growing demands for hygiene in workplaces. All external components of the product have been blended with Polygiene Biomaster, enhancing the Cat S42’s IP69-rated military grade body.

As well as being drop tested up to 1.8m (6ft) on to steel, and waterproof to a depth of 1.2m for up to 35 minutes, the phone has also been found to have exceptional germ defence in line with ISO 22196.

One of the reasons our phones are so dirty is the heat they produce. Warm environments are where bacteria thrive. Our phones have their own heat-producing mechanisms and we are adding to their warm environment by holding the device in our hands or storing it in our pocket.

Faecal matter can be found on one out of every six smartphones, according to a 2011 study by researchers at the London School of Hygiene & Tropical Medicine. The same study found that 16% of phones sampled were found to have E. coli present.

The problem is compounded by how often we pick up our devices. People check their phones about 47 times per day, affording plenty of opportunities for microorganisms to move from your fingers to your phone.

Providing a much-needed solution, Polygiene Biomaster offers 24/7 antimicrobial surface protection to mobile phones, inhibiting the growth of harmful bacteria for the lifetime of the product to which it is added.

In typical tests, after 24 hours surfaces treated with Biomaster showed a reduction in the levels of E.coli and Staphylococcus aureus by over 99%, achieving ISO 22196:2011.

Biomaster is being used in a growing range of mobile phone glass screen protectors, protective cases and in mobile device and tablet chargers widely used in hospitals.

Lisa Brian from Polygiene Biomaster comments: “We are excited to see the Cat S42 H+ shortlisted for the 2022 Mobile Industry Awards, and we are proud that such a reputable brand opted for Polygiene Biomaster to enhance this product. With the need for greater hygiene protection on our phones becoming ever more apparent, we anticipate more brands will do the same.”

Now celebrating its 20th year, the Mobile Industry Awards represent the gold standard of excellence in the industry. From the boardroom to the grassroots, the entrants represent the best and brightest the UK mobile industry has to offer. The 2022 Awards will take place on 22 September at the Royal Lancaster London.

Latest News
from the UK

Thank You for signing up to the Addmaster Newsletter

To download the file, please fill in the form below.
If you are downloading a brochure and would like a hard copy, please contact us and we'll have one sent out to you.